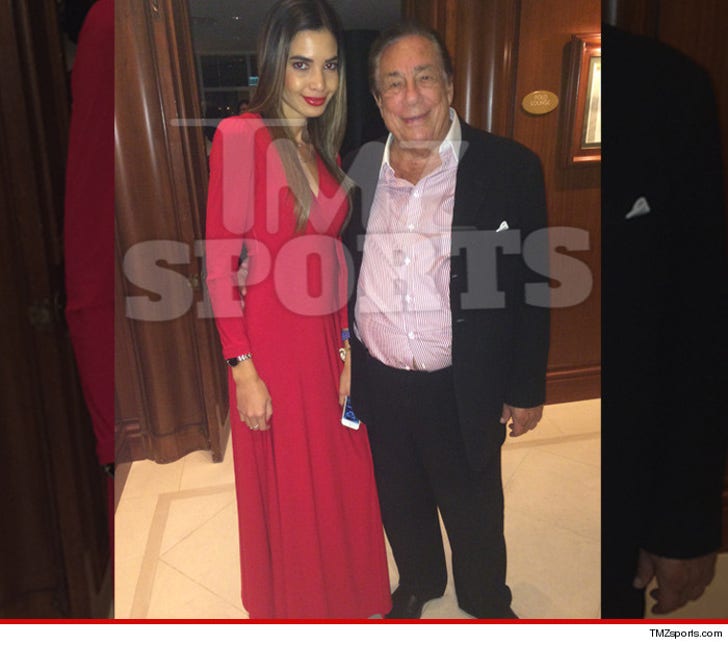 Donald Sterling apparently prefers black models to Barbara Walters, because hours after rejecting Babs, he got all handsy with a beautiful black model at a Beverly Hills hotspot.

TMZ Sports got the photo ... Sterling made a beeline Friday afternoon from the Four Seasons Hotel in Bev Hills to the Beverly Hills Hotel, where he dined with 3 women and 2 men at the famed Polo Lounge.

We're told Donald had some wine at the table and was little tipsy, when he got up to leave and a beautiful black model named Jasmine and her boyfriend got up from the bar and followed him to the front of the restaurant.

We're told Jasmine asked Sterling if she could take a photo with him, and he responded, "I'm not that popular right now. Are you sure?' Jasmine said she was game, and her boyfriend -- who is white and Jewish -- snapped away.

Jasmine tells TMZ Sports ... Sterling then told her repeatedly how beautiful she was and put his hands around her several more times. Jasmine tells us, "He was definitely checking me out. He wasn't really looking at my face that much."

As for how Jasmine feels about Sterling, she says, "It's 2014. I feel that everyone is a little bit racist and comedians joke about it all the time. But yeah, I do think he's racist."

But it wasn't all smooth sailing for Sterling. Inside the Polo Lounge a black guy angrily stared him down the entire meal. 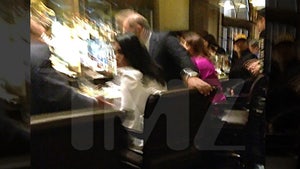 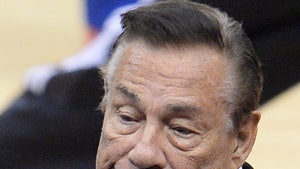 Donald Sterling -- 'I Wish I Had Just Paid Her Off' 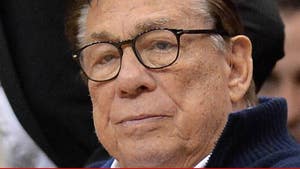