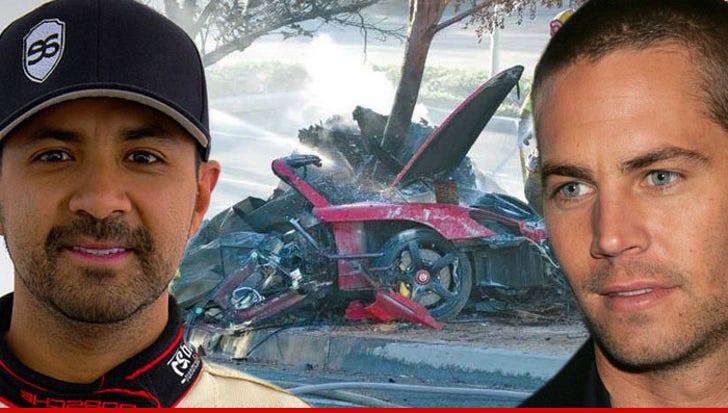 The Porsche Paul Walker and Roger Rodas died in was basically death on wheels ... and faulty mechanics caused the tragic crash ... at least that's what Rodas' widow is claiming in a new lawsuit filed against Porsche.

Kristine Rodas filed the lawsuit today ... claiming the Porsche Carrera GT Paul and Roger were driving had a faulty part in the suspension which caused the car to careen out of control. In the papers, she claims Roger tried to keep the car on the road, but could not regain control before hitting a light pole.

In the docs, filed today in L.A. County Superior Court ... Kristine also blames Porsche for the car exploding on impact -- claiming the vehicle lacked a proper "crash cage" and a "racing fuel cell."

According to the docs, the "fuel cell" is common in race cars ... and prevents the fuel from igniting if there's an impact.

Kristine quotes Porsche ... "Carrera GT is as close to a racecar as we will ever get."

She also alleges Porsche ignored multiple fatal crashes that had occurred in the Carrera GT ... and never took steps to warn customers.

Here's the problem ... Kristine never acknowledges Roger was speeding in the car -- in fact, she claims he was only doing 55 mph. Back in March the CHP released its investigation results ... which put the car at somewhere between 80 and 93 MPH.