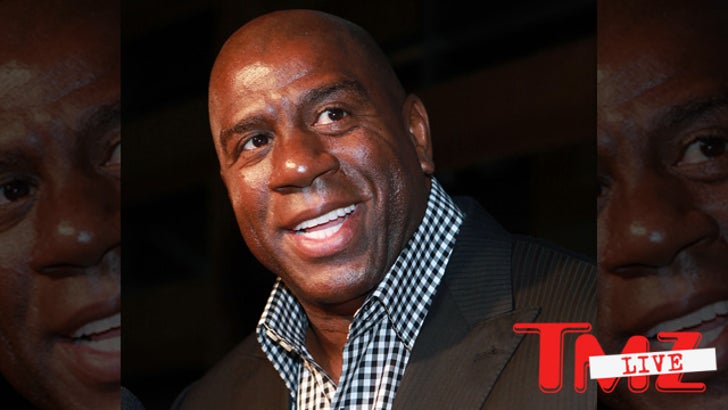 Magic Johnson would NEVER, EVER steal the Clippers ... hell no ... because if he WAS gonna steal a franchise, Magic tells us he'd go after the Lakers instead!!!

Magic just called into "TMZ Live" -- and shot down Donald Sterling's allegations that Magic concocted a diabolical scheme to take over the L.A. Clippers after the racist audio surfaced.

Of course, Magic says he's not a crook or a thief and would NEVER do anything underhanded like steal a team ... but IF he did, he'd aim WAY higher than the Red and Blue.

"I love Doc Rivers, Chris Paul and Blake ... but if I'm gonna try to steal a franchise, it ain't gonna be the Clippers."