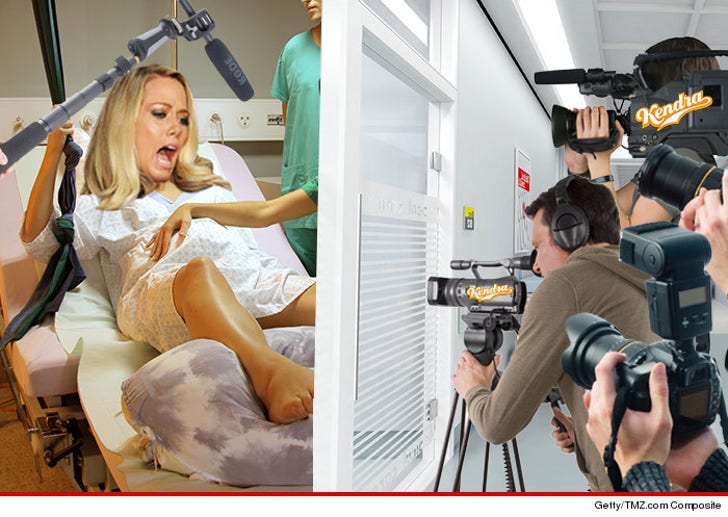 Kendra Wilkinson just had a girl ... and in the process broke a Cardinal hospital rule ... TMZ has learned.

We're told Kendra has just given birth via C-section to a little girl at Cedars-Sinai in L.A. But precious moments in Kendra's world are not meant to be private, so a bank of cameras were in the hallway rolling away when Nurse Ratched laid down the law -- NO SHOOTING in public areas.

We're told there were other snags as well. Kendra and hubby Hank Baskett had asked for a deluxe suite but they were shut down because a mega-wealthy Russian lady locked it down -- we're guessing she paid in cash.

So Kendra -- who literally just delivered --- will be pressing that morphine button in cramped, ordinary digs.