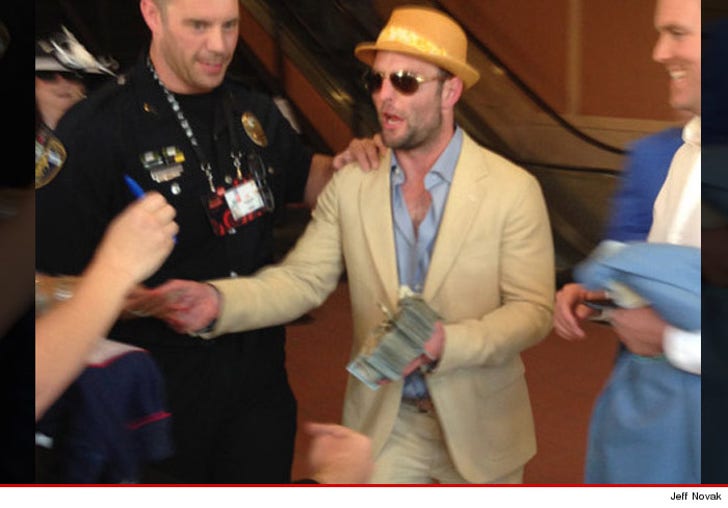 8:44 AM PT -- Wes just responded to the story ... telling Churchill Downs if they want the money back, "Get in line!"

Welker made the comment on "The Dan Patrick Show" -- explaining that he heard about the overpayment, but didn't have any sense of what he should have been paid out at the time of the transaction.

"They could have underpaid us and we wouldn't have known." 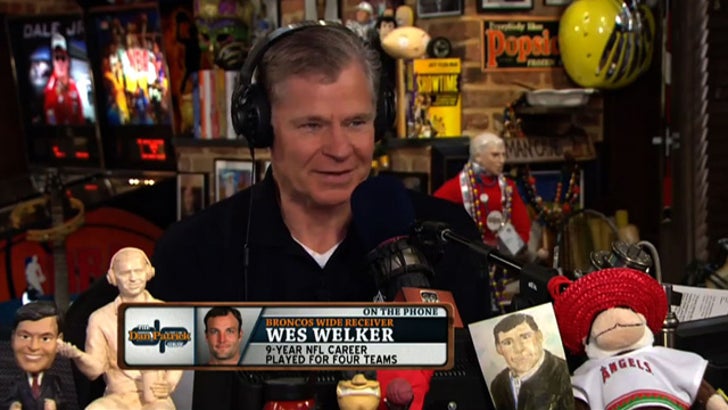 Wes Welker left the Kentucky Derby with nearby $15,000 more than he should have ... thanks to a machine malfunction ... and now Churchill Downs is demanding he give the money back, stat ... TMZ Sports has learned.

Here's what we know ... Wes personally placed a number of bets on the Derby on May 3rd -- AND HIT BIG. Sources tell us Welker sent a friend to collect his winnings -- and that person was paid out $57,193.90 at the cashier's window.

Wes was so pumped, he started handing out $100 bills to random strangers.

But we've learned ... officials at the track believe there was an error at the window DURING the moments Welker's ticket was being paid out ... (we're told it was computer malfunction compounded by human error) ... and the result was Wes being overpaid to the tune of $14,858.55.

A rep for Churchill Downs confirms ... "There was a $14 thousand dollar overpayment due to a tote machine malfunction."

The rep tells us ... as soon as the track noticed the mistake, they sent a letter to the person who collected Welker's winnings and asked for the money back. It's unclear if Welker or his people ever received it. But it's clear, C.D. is serious about fixing the mistake.

We did some checking and it seems Welker will probably have to pay the money back -- which kinda sucks considering Churchill Downs rakes in millions from the Derby ... and the publicity from Welker's win was probably worth $15k by itself!

We reached out to Welker for comment -- so far, no word back.