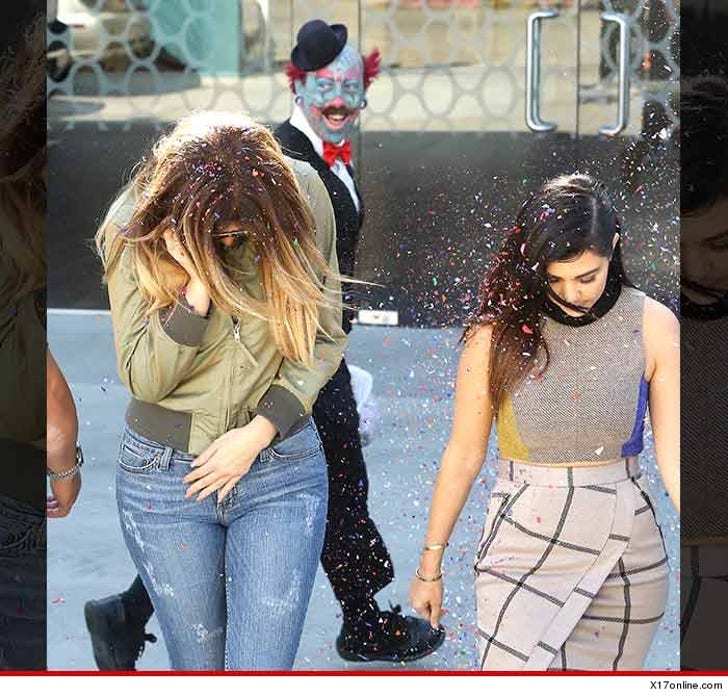 Khloe and Kourtney Kardashian have basket balls ... they've actually filed a battery report claiming some clown dared to make it rain all over them -- with confetti.

The "attack" occurred last month. Richie the Barber -- who by the way gives an awesome haircut -- was riding his unicycle on Melrose when he spotted the chicks. Richie, who often juggles bowling pins while riding his contraption -- made a beeline for the girls and dumped confetti over their heads. 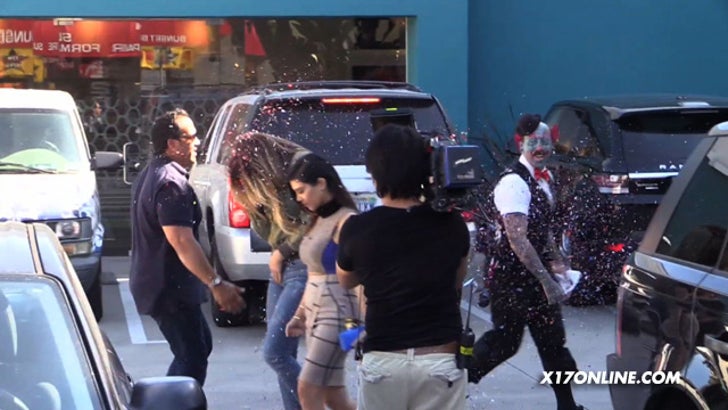 Khloe and Kourtney didn't see the humor, and immediately filed a police report. Our law enforcement sources privately scoffed at the complaint and we're told they did nothing to pursue it because it was so frivolous.

But fast forward to 3 days ago. Khloe and Kourtney followed up and told cops they wanted to pursue criminal charges.

So we're told detectives then called Richie and asked him one question: "Were you trying to harm them by throwing confetti." Richie said he meant no harm and only threw the confetti bomb to "congratulate them on their success."

We're guessing the case will now take a fast train to nowhere. Richie didn't sound too concerned yesterday when he told us about the run-in with K&K. 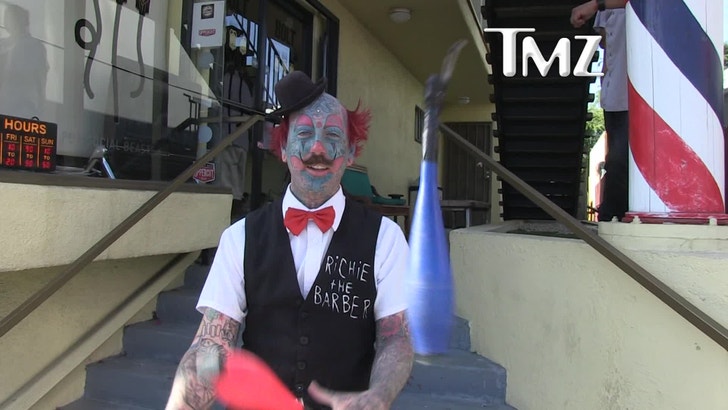