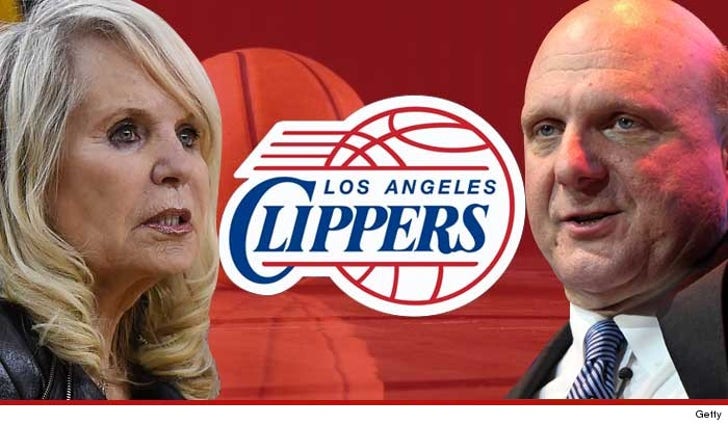 As TMZ Sports reported ... the deal was signed just before midnight Thursday. The NBA must approve the sale, but our sources say NBA commissioner Adam Silver has been well aware of Shelly's negotiations with Ballmer and other potential buyers and will support it.

Donald Sterling has made rumblings he may challenge the sale, but he will almost certainly fail.

TMZ Sports broke the story ... Donald gave Shelly sole control over the team -- allowing her to sell it -- and even sent a letter to Silver affirming that Shelly had the reins.

As for Ballmer ... he vowed Thursday night to keep the team in Los Angeles. Ballmer is entrenched in Seattle -- which currently has no NBA team -- and even made a bid to buy the Sacramento Kings and move the team to the Emerald City.

It's pretty remarkable -- just one week ago, it appeared Silver would force an involuntary sale of the team, but Shelly and her lawyer, Pierce O'Donnell, took the initiative to solicit bids and ended up with a buyer pretty much everyone can get behind.