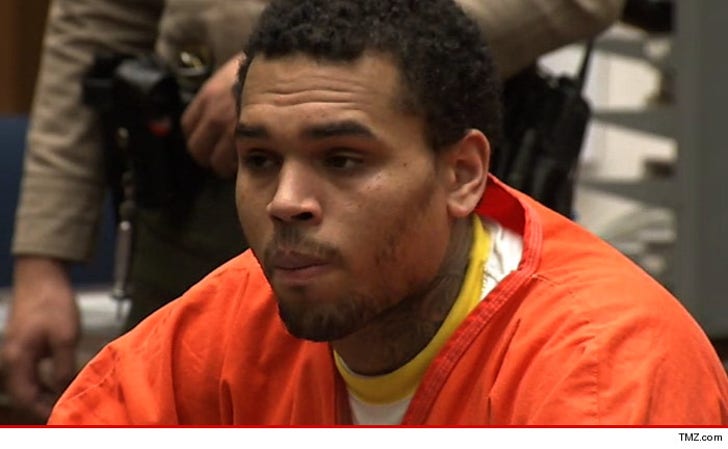 Chris Brown has been released from jail ... TMZ has learned.

Despite being sentenced on May 9 to 131 days in jail, Brown was sprung around midnight after serving 108 days.

Breezy was actually sentenced to a year behind bars, but got credit for 116 days he spent in rehab, and another 59 days behind bars.

Brown was thrown back behind bars because a judge ruled that Brown had violated his probation in the Rihanna case. He could have been sentenced to as much as four years.

Brown still has his D.C. assault trial looming. That should begin in the next few months.