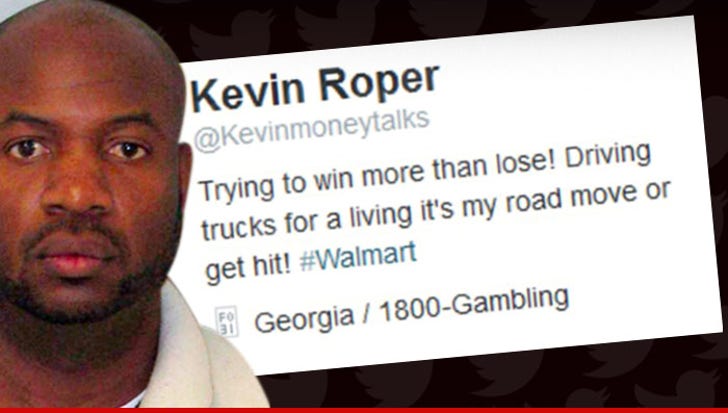 The driver of the 18 wheeler who slammed into Tracy Morgan's limo Friday night was reportedly a road hog and proud of it, tweeting "Trying to win more than lose! Driving trucks for a living. It's my road. Move or get hit! #Walmart."

Kevin Roper turned himself in after being charged with death by auto. He was released a short time later. James McNair was killed in the crash. Tracy remains in critical condition and he'll be in the hospital for a while.

A friend of Roper's told the Daily News the account was the real deal, although Walmart disputes it.

Roper showed no signs of slowing down before crashing into the limo ... though he swerved at the last minute.