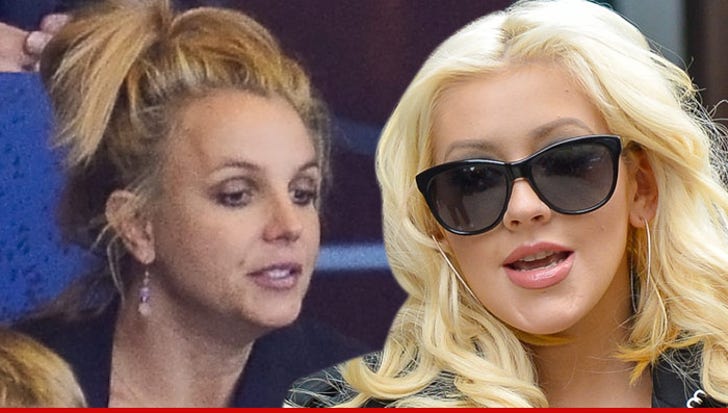 Christina Aguilera and Britney Spears have expanded their brand ... they're now code for powdered and crack cocaine.

New York law enforcement conducted a 10-month investigation into a massive drug ring. Authorities wiretapped a number of phones to bust the traffickers. They figured out from the recordings ... the dealers were using pop code. They referred to crack cocaine as Britney and powdered cocaine as Christina Aguilera (for some reason the dealers used Christina's last name).