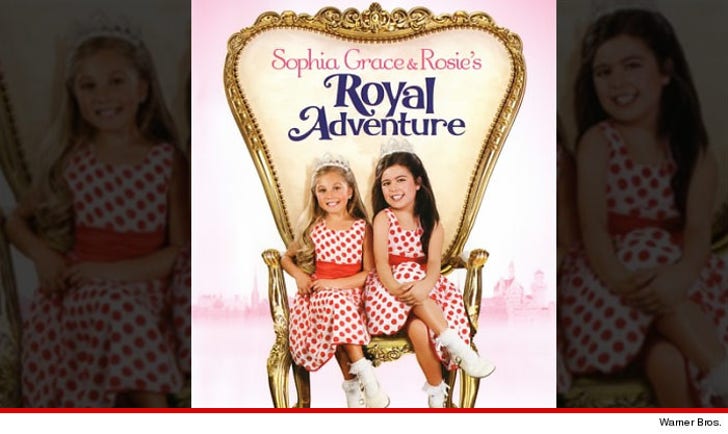 At least one half of Ellen Degeneres' fave pre-teen duo is set to make big money -- as in the $400,000 neighborhood -- and it's all laid out in her first movie contract.

Sophia Grace and Rosie -- who first shot to fame singing with Nicki Minaj on Ellen's show -- just released their first movie, and since they're minors ... their contracts have to be filed with the court.

TMZ obtained a copy of Sophia Grace's five picture deal, and the 11-year-old is making bank! She got $50,000 for the direct-to-video release, "Sophia Grace & Rosie's Royal Adventure."

And Sophia's definitely rooting for sequels -- 'cause she will earn $75K per film if producers shoot 2nd and 3rd installments. Then it's off to SIX-FIGURE territory ... $100K each for #4 and #5 in the series!

We don't know the figures on cousin Rosie's deal, but she's definitely signed for the sequels. Always good to have your name in the title.