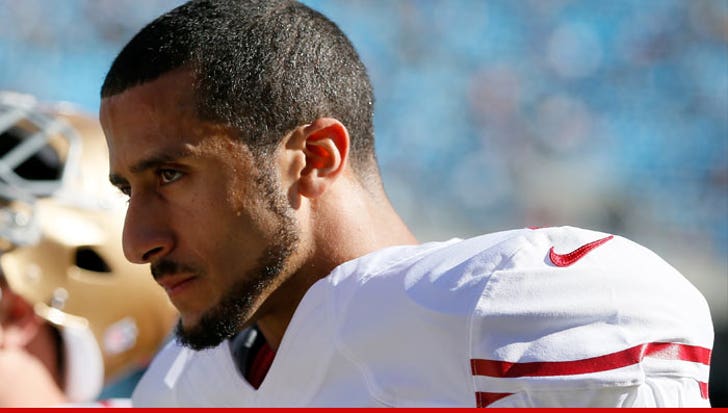 The accuser in the Colin Kaepernick sexual assault investigation has filed a complaint against the Miami Police Dept. -- claiming "corrupt" cops tampered with evidence in her case.

TMZ Sports has obtained a copy of a "citizen complaint against police employee" document that Jayniece Prichette filed with the Internal Affairs Division of the MPD on April 11 ... ten days after the alleged incident.

In the section where Prichette is asked to describe who she is complaining about, she wrote -- "All North Miami Police Department - Corruption of Police possibly tampering with my toxicology/ rape kit evidence."

Prichette lists her mother and brother as witnesses.

As we previously reported, the Miami-Dade State's Attorney's Office announced it will NOT file charges against the 49ers QB -- claiming a thorough investigation yielded no evidence of a crime.

In the official report, the State's Attorney cites the results of the rape kit -- which showed no evidence of a sex crime -- as a major factor in the decision to drop the case.

TMZ Sports spoke with Prichette who tells us she's furious with investigators -- saying, "Police treated me like I was a suspect, and NOT a victim."

Prichette says she plans to sue the PD -- though, so far she has not filed a lawsuit.

We reached out to the Miami PD for comment -- so far, no word back.