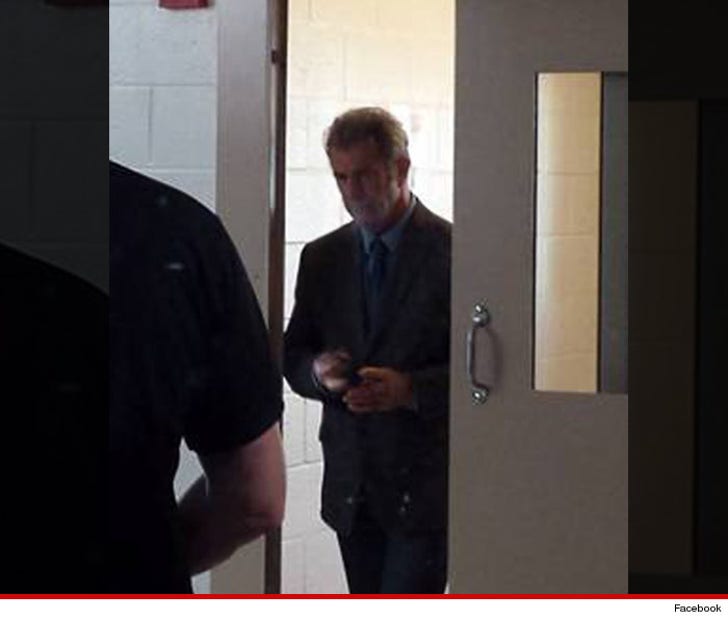 Mel Gibson walked into an Albuquerque jail this morning for a booking ... which turned out to be fake, because he's doing it for a flick.

Mel is in New Mexico, shooting "Blood Father." Mel, who plays an ex-con, went to the courthouse in a suit and tie after shooting the jail scene ... presumably for a hearing in his fake criminal case.

We're guessing Mel didn't have to method act this scene.

We do not know if the jailer's character had a nickname ... are you listening Sugar T*ts?