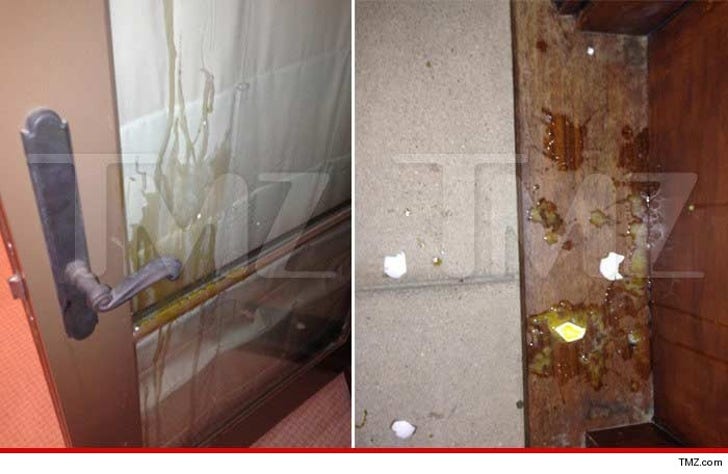 Justin Bieber's lucky the L.A. County D.A. has the egging case ... because just about any other prosecutor's office would have already nailed his ass to the wall.

If your memory serves you ... the incident occurred more than six months ago. Justin allegedly hurled eggs at his neighbor's house, causing more than $20K in damages. Days later the L.A. County Sheriff's Dept. got a search warrant and raided Justin's house and found a surveillance video placing Justin at the scene of the crime.

On top of that ... TMZ has a video DURING the egging, where you clearly hear Justin taunting the neighbor in the middle of the attack, promising more eggs. And the neighbor and his daughter say they confronted Bieber face-to-face during the attack.

The case was reviewed for several months in the D.A.'s satellite office in the San Fernando Valley. We know the prosecutor handling the review sent the file downtown so the big wigs could make the final decision. That prosecutor told the victim he recommended that his bosses file the case as a FELONY.

But we've learned the case is sitting downtown. Our sources say the D.A. herself -- Jackie Lacey -- is not the holdup. Instead, some of her underlings are unable to make a decision. We're told they can't decide whether to file the case as misdemeanor or felony vandalism. The difference between the 2 is the amount of damage. Under the law, if the damage exceeds $400, it's a felony ... so it's pretty clear the case is in felony territory.

The D.A.'s office has been radio silent on the reason for the holdup. In fact, we know someone from the D.A.'s office put the word out several weeks ago that the decision was coming down the next day, but now we're told that call was a ruse to plug a leak.

In fairness to the D.A. ... the Warren Commission took almost a year to decide who killed Kennedy. 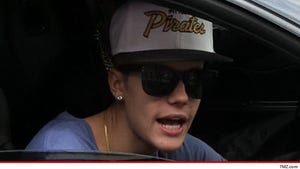 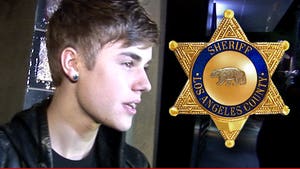 Sheriff's Dept -- Justin Bieber Deserves to Be a FELON! 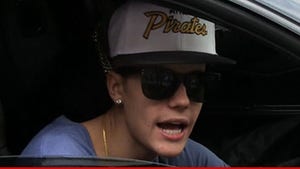