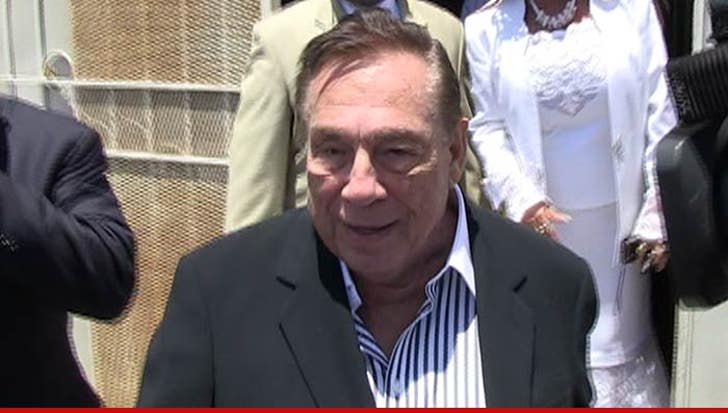 Just as he predicted, the neurologist Donald Sterling hand-picked to evaluate his mental health says his brain is in perfect working order to run the Clippers.

TMZ Sports broke the story ... Sterling recently told the court he was 100% confident Dr. Jeffrey Cummings -- who runs the Cleveland Clinic -- would find that his mind is NOT the confused, discombobulated mess two other doctors said it was after testing back in May.

Now, sources tell CNN ... Dr. Cummings performed a comprehensive medical exam on Sterling in Las Vegas over the weekend and the results were just as pro-Sterling as Sterling had hoped.

According to the report, Cummings found that Sterling has no signs of dementia and no lack of mental capacity -- but did show signs of MCI, mild cognitive impairment, which is common in people Sterling's age.

The findings are SIGNIFICANTLY different than what is described in the report of the neurologists who say they examined Sterling in May. One doc says Sterling's mind is so off, he couldn't properly number a blank clock.

In court docs, Sterling had begged the judge to postpone the case so he could get Dr. Cummings on the stand to vouch for him. The judge is expected to rule on that today.