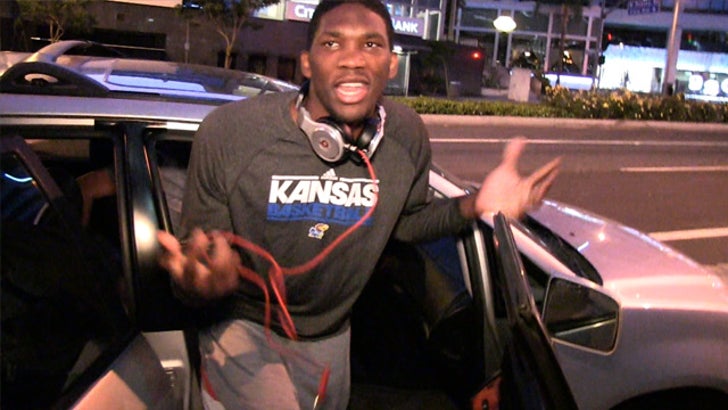 Doesn't matter that he'll be working here for the next couple of years ... and making MILLIONS ... NBA draft pick Joel Embiid says he won't be celebrating the 4th today because he's not American.

Embiid -- who hails from Cameroon -- was limping out of dinner at Boa Steakhouse in Hollywood last night when we asked him about his plans for the holiday ... and the guy gave us a very honest answer.

The good news for 76ers fans -- Embiid was moving around pretty good on his right foot ... despite the fact it's still in a cast.