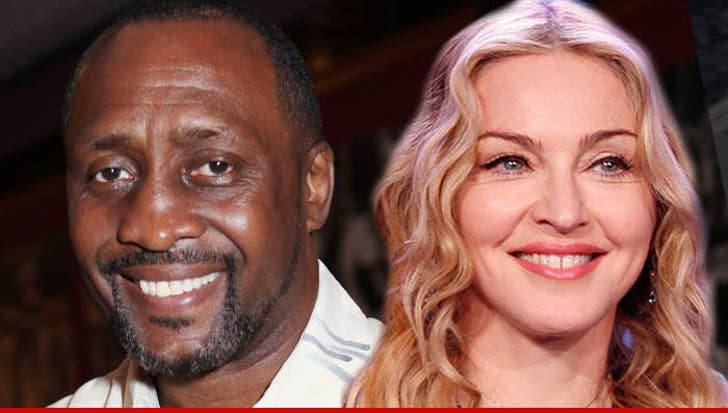 Madonna is being hailed as a HERO in the boxing community ... so says boxing Hall of Famer Tommy "The Hitman" Hearns who's praising the singer for saving a Detroit boxing gym

FYI -- Madge recently returned from a trip to Detroit and announced she'd be making "significant" donations to 3 organizations ... including the Downtown Youth Boxing Gym.

Madonna says she was super-impressed with the programs at the gym that have helped it achieve a 100% graduation rate. Recently, the gym's main building was condemned ... so, Madge's donation will allow the place to make renovations and continue to operate.

Now, Hearns -- who grew up in Detroit -- tells TMZ Sports Madonna's generosity will have a HUGE impact with young boxers and the community as a whole.

"I think it's awesome for her to help, being as big as she is," Hearns says ... "The people who get the help she provides will probably shed tears."

In fact, Hearns says he hopes Madonna's philanthropy will inspire other successful Detroit natives to give back -- "They should do as much as they can. It's where they came from, and it's not a great situation right now."