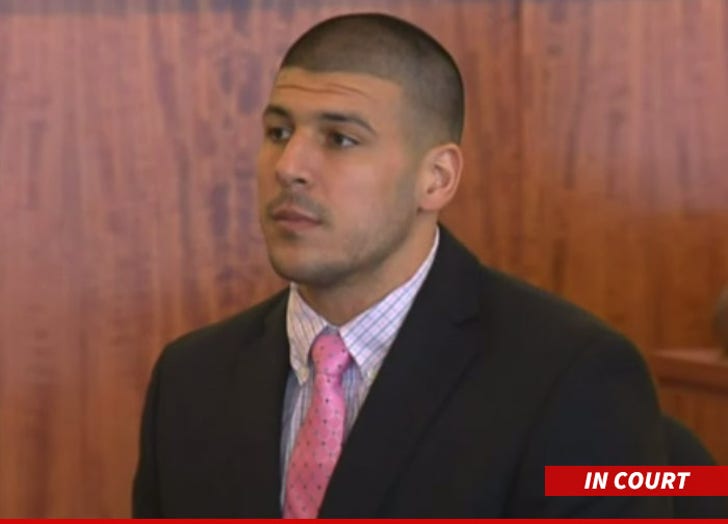 Aaron Hernandez isn't gonna be Bristol County's problem anymore ... the former NFL star just got permission to move to a NEW JAIL near Boston so he could be closer to his lawyers.

Hernandez had begged a judge for the transfer last month -- claiming the distance to Bristol County, MA was a burden on his Boston-based lawyers. Plus, he felt the people who ran the jail could be out to get him after Aaron allegedly threatened one of the guards.

It's unclear when Hernandez will leave -- or exactly where he will go -- but he's gotta be pumped about it ... since he's been up to his ears in trouble ever since he stepped foot in Bristol County Jail back in June 2013.

Among the issues -- Hernandez attacked an inmate, allegedly threatened to kill a guard and his family and pulled a food scheme inside BCJ.

For what it's worth, the victim in the jailhouse fight said Aaron "hits like a bitch."