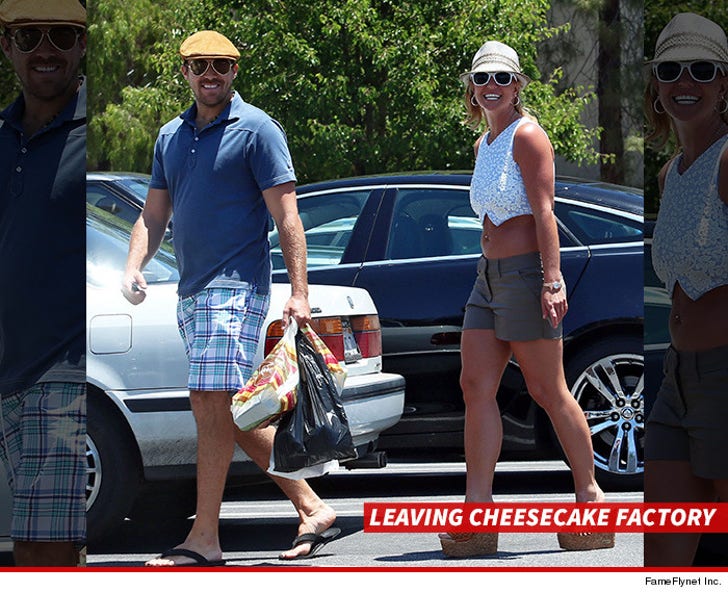 Britney Spears had a delicious meal at The Cheesecake Factory and best of all it was FREE ... because she skipped out without paying the bill.

Sources familiar with the situation tell TMZ ... Britney and BF David Lucado were at the Thousand Oaks, CA restaurant where they had an appetizer and a salad.

At the end of the lunch the waitress came over with the $30 bill, and Britney said her security guy would pay it. She and David then walked out -- with a doggie bag.

Britney's people tell TMZ ... she feels "horrible" and it was an honest mistake. The guard thought Britney paid and she believed he paid the bill.

But here's the real headline -- She's worth north of $50 million and she took the salad home in a doggie bag. Waste not, want not.

Britney made things right with the waitress ... in a big way!

Britney Spears You Might Want to Rethink Money Exclusive Music