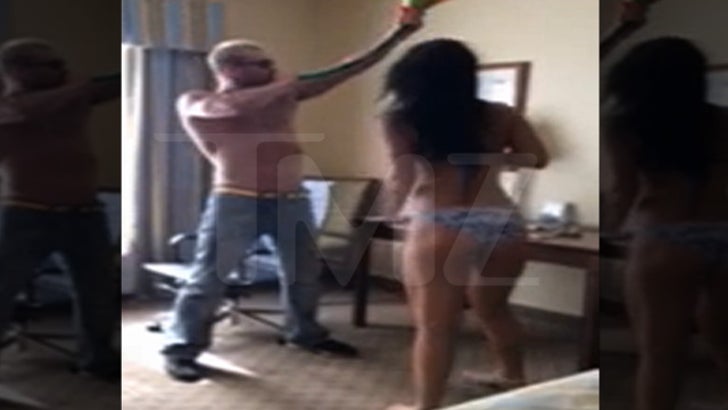 File Under: "You Might Be An Alcoholic If" ... YOU BEER BONG AN ENTIRE BOTTLE OF JÄGER ... AND LIVE TO TELL ABOUT IT ... just like "Party Down South" star Ryan "Daddy" Richards.

FYI ... Jagermeister -- aka that stuff you swore you'd never drink again after college -- is 70 proof and no one should EVER try and slam a bottle by themselves.

But Richards isn't known for making the best life choices and loaded up the funnel when his co-star Mattie Breaux challenged him to go through with the brain cell-destroying stunt. 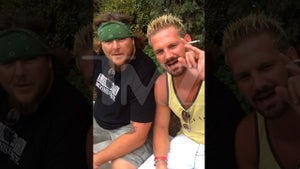 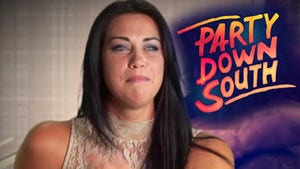 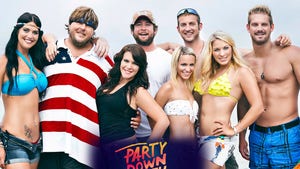