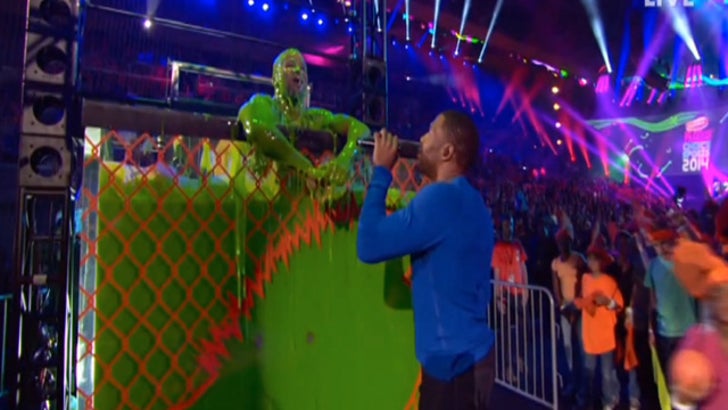 Hopefully, Seattle Seahawks superstar Earl Thomas knows a trick to get SLIME out of his hair ... because the guy was up to his ears in the green stuff last night ... thanks to Larry Fitzgerald.

The NFL studs were battling each other at the Nickelodeon Kids Choice Sports Awards in L.A. -- firing projectiles at each other while standing over dunk tanks filled with SLIME.

Larry emerged victorious ... so Thomas went down in the goop ... HARD!!!

But he wasn't the only superstar to get a slimy bath ... check out clip to see who else spent the night up to their ears in it! 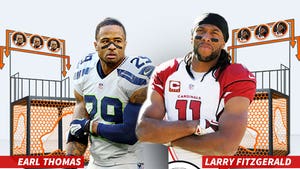 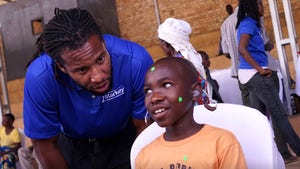 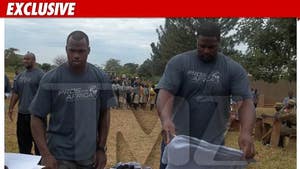