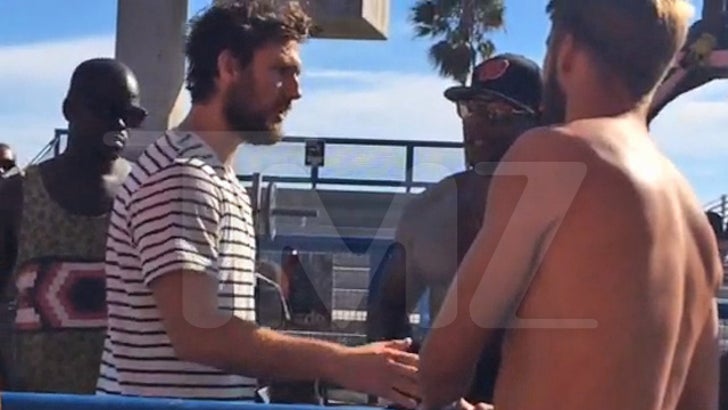 Alex Pettyfer pissed off a group of jacked up dudes working out at Muscle Beach in Venice ... and we got video of their heated exchange.

Pettyfer was passing the famous weight lifting hangout when he asked the guys working out how much they lift. For some reason, a few of the lifters took offense ... and both sides started arguing.

In the video, one of the lifters accuses Alex of talking "s**t" ... which the "Magic Mike" star adamantly denies.

The musclehead who mainly argued with Alex tell us ... it started when the actor asked him how much he lifted. The dude lashed back, "How much do you make?" For some reason that triggered the argument.

Eventually Alex left after the two sides worked things out.

Shortly after the incident, the lifters told our photog it was just a misunderstanding ... and they've got nothing but love for Pettyfer. 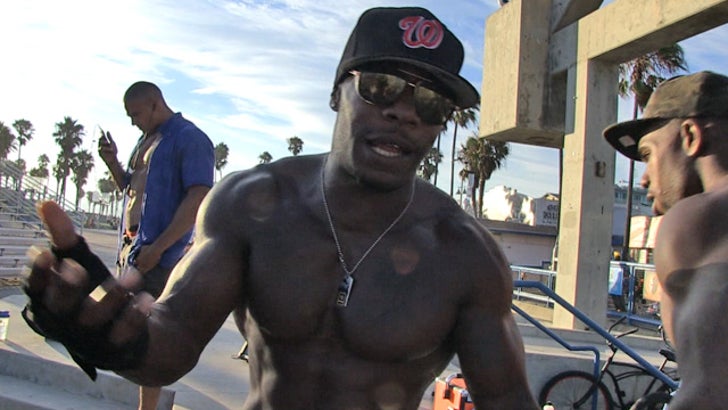 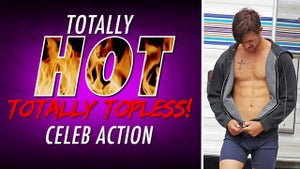