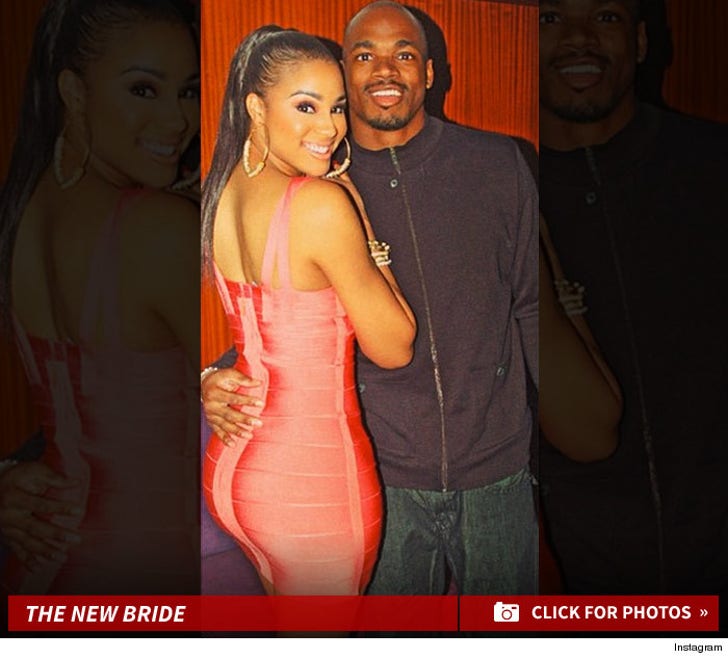 As more information begins to surface about Adrian Peterson's secret marriage to Ashley Brown -- one thing's for sure ... she's smokin' hot!!!!

As we previously reported, Adrian and Ashley first got together when Adrian was in college ... and have been dating on and off ever since ... that is, until now.

The two have kept their relationship pretty private ... but we know they have at least one child together.

Oh ... and she looks DAMN GOOD in a bandage dress.