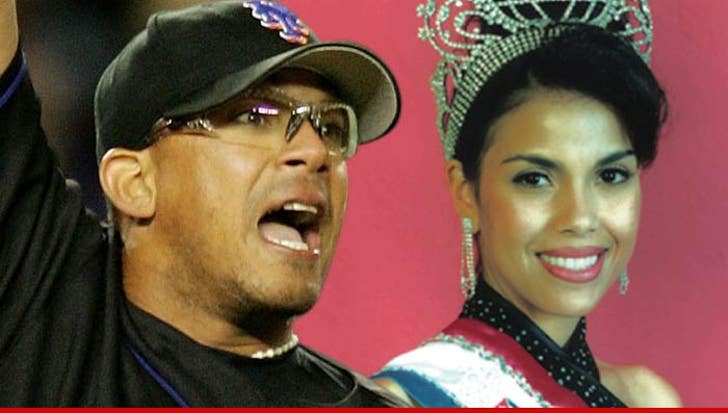 Tania Lima -- Miss Cuban-American 1996 -- is going after Duaner in Miami ... claiming he NEVER ponied up more than $33k in court-ordered payments she was due to collect for the child he fathered back in the '90s.

In fact, Duaner's driver's license was revoked in 2013 as part of Florida's way of punishing deadbeat parents.

Lima says the non-payment is a huge deal ... especially because their daughter requires special needs care. She's now partnered up with Project Child Support -- a non-profit group that goes after deadbeat parents -- hoping they can help her collect what's legally hers.

Both Lima and Project Child Support also believe Duaner should have no problem forking over the cash -- since he made more than $4 million during his pro baseball career.

We've reached out to Duaner for comment -- so far, no word back.