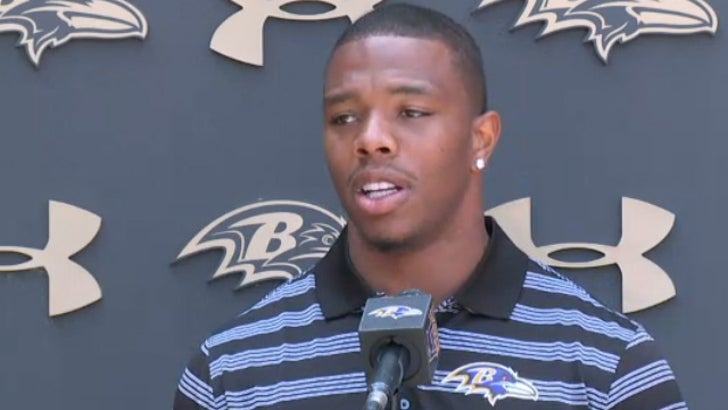 Ray Rice says the incident inside of that casino elevator in New Jersey in February was "the biggest mistake of my life" ... and says he takes "full responsibility" for his actions.

The Baltimore Ravens running back addressed the media to discuss the 2 game suspension handed out by the NFL as a result of the arrest -- and while he never specifically said he KO'd his wife that night, he acknowledges that he did do SOMETHING wrong.

"I don't condone any of my behavior. I take full responsibility for my actions. My wife can do no wrong."

Ray said what happened that night was "a huge mistake on my behalf."

"I know that a lot of people out there have lost respect ... maybe not like me anymore. That's my fault. I have to own that."

Rice also says never planned on appealing any punishment the NFL decided to give -- no matter how harsh. He also says the incident in Atlantic City was a "one-time incident."

"I've never had a problem with domestic abuse."