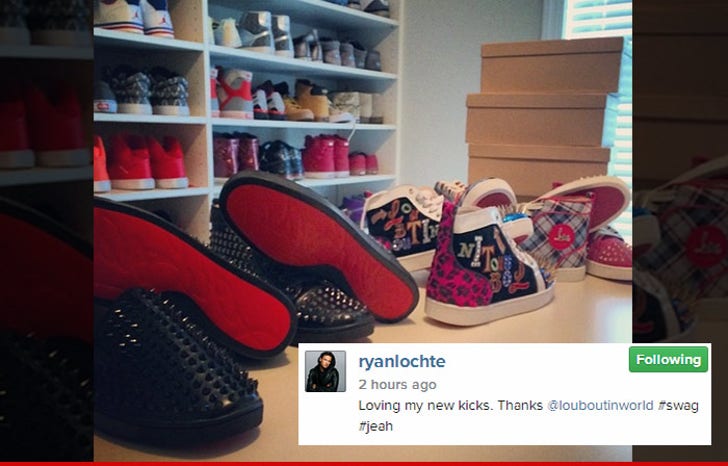 Did Ryan Lochte just get 5 pairs of super-expensive designer Louboutins for free? Jeah.

Does Ryan Lochte already have a sponsorship deal with the shoe brand? Nah.

Lochte has been huge fan of the red-bottoms for a while and has several pairs. And now, after the company sent him 5 pairs of its newest designs for free (which retail around $1,200 each) ... we're told he's hoping to lock up an official endorsement deal with the brand.

As we previously reported, male Louboutins are blowing up in the fashion world -- with NFL stars like Brandon Flowers telling TMZ Sports he's got several pairs of the kicks.