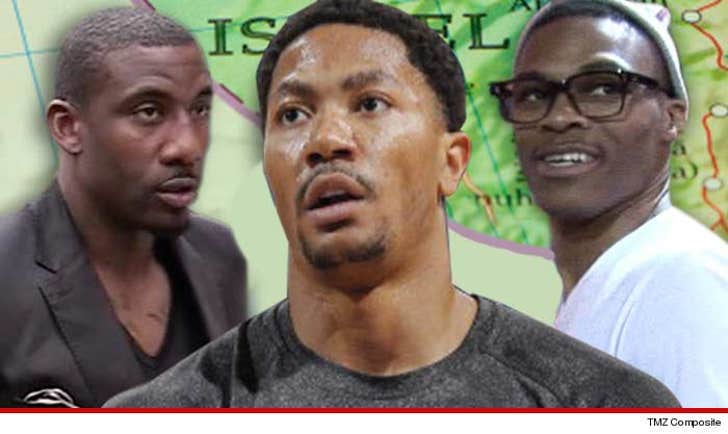 Russell Westbrook and Derrick Rose were among a group of NBA superstars set to travel to Israel to support a basketball team co-owned by Amare Stoudemire -- but TMZ Sports has learned the trip's been 86'd due to the Gaza conflict.

Our sources in the Holy Land tell us the legion of NBA talent -- which also included Robin and Brook Lopez and Hall of Famer Chris Mullin -- was going to attend the opening of a new arena in Jerusalem on September 4. Magic Johnson was also on the guest list, but we're told he had scheduling issues.

The plan was for some of the players (not Magic or Mullin) to square off against Hapoel Jerusalem -- a team co-owned by Amare, tech entrepreneur Ori Allon and NBA super-agent Arn Tellem ... who was key in drawing big names to attend.

We're told organizers recently decided to pull the plug on the sold out game over safety concerns ... as the violence continued to escalate.

So far, there are no plans to reschedule -- but it's gonna be tough since NBA training camps open in October ... and, more importantly, attempted cease-fires continue to fail. 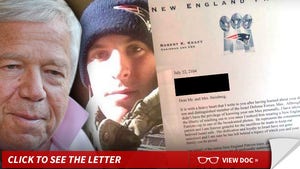 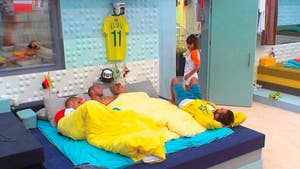 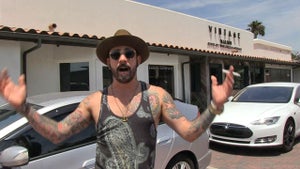