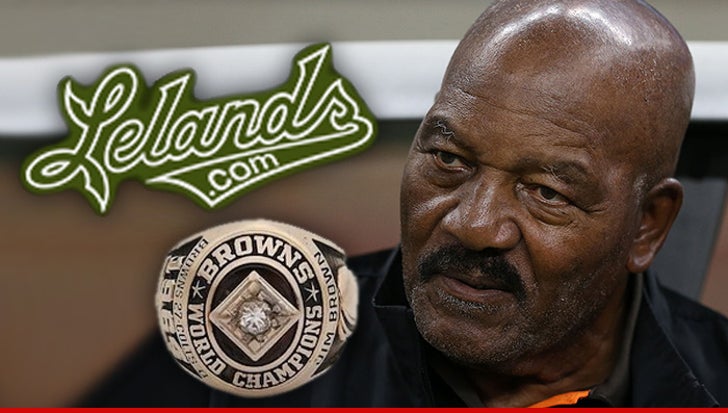 Jim Brown's 1964 NFL Championship ring fell into the hands of an auction house because his ex-wife hocked it way back in the 1980s ... this according to the auction house Brown is suing.

The Cleveland Browns great sued Lelands Collectibles last month to block an upcoming auction of the ring. He alleged it had been stolen from him decades ago ... and therefore Lelands had no right to sell it.

Now Lelands has filed a countersuit, and in the docs it explains that Brown had left the ring with his ex-wife Sue Brown when they initially split up, and he left Ohio for Hollywood.

Sue and Jim's divorce was finalized in 1972 and she got the Ohio home where they lived together, a condo -- AND the title to the Championship Ring ... according to the docs. Sue eventually sold the ring to a sports memorabilia collector sometime in the 80s.

The Ring went to a couple of other collectors before ending up at Lelands. The auction house is suing JB for $2 million in damages it says it's suffered as a result of his lawsuit. 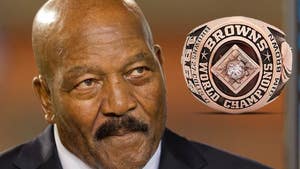