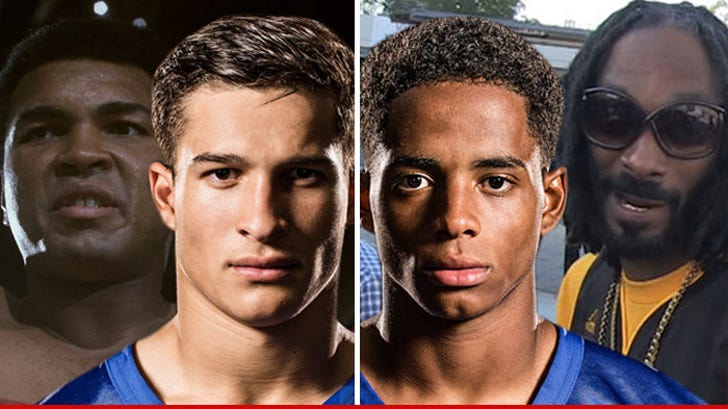 What do Muhammad Ali and Snoop Dogg have in common?

They're both gonna be rooting for Bishop Gormon High School this year ... where Snoop's son and Ali's grandson are teammates on the varsity football team ... TMZ Sports has learned.

Broadus -- one of the best wide receivers in the country -- transferred to the Vegas-area school (considered the #1 football school in the country) in the off-season ... hoping it'll better prepare him for D1.

And one of his new teammates happens to be Biaggio Ali Walsh -- grandson of "The Greatest."

We're told Biaggio is a sophomore running back with big-play potential.

TMZ Sports spoke with Assistant Coach Ron O'Dell who tells us he's thrilled to have both guys on the squad and expects big things from his team this year.

As for getting their famous family members in the stands -- you can bet on it ... Snoop and Muhammad are both super supportive of the kids. 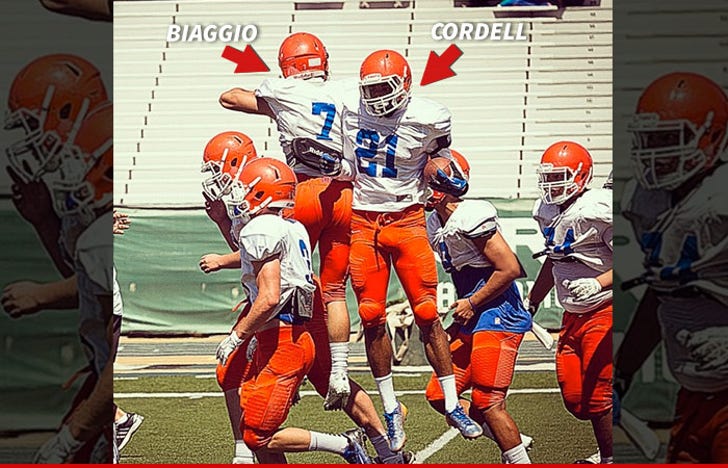