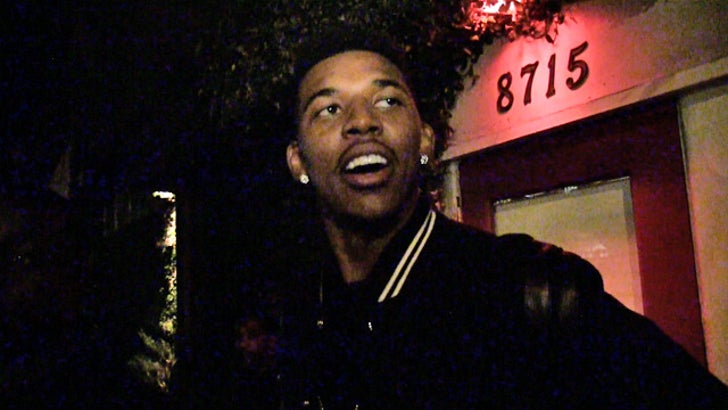 Lakers star Nick Young thought he was gonna go into real-life survival mode after hearing that a real "purge" was going down in Chicago ... telling TMZ Sports, "I thought I was gonna have to shoot a couple people."

Of course, the "Purge" rumors were just a hoax -- with people trying to scare the public into thinking the "everything is legal for 24 hours including murder" plot from the "Purge" movies was going down in 2 major cities.

But Young didn't know it was a joke on Tuesday -- and tweeted as if it were real ... saying, "So they got a real life purge in Chi-town and Milwaukee that's crazy. We need to wake up for real if that's true."

Eventually, Nick realized he'd been had -- but you gotta hear what he says when we asked him about in L.A. last night ... pretty funny stuff. 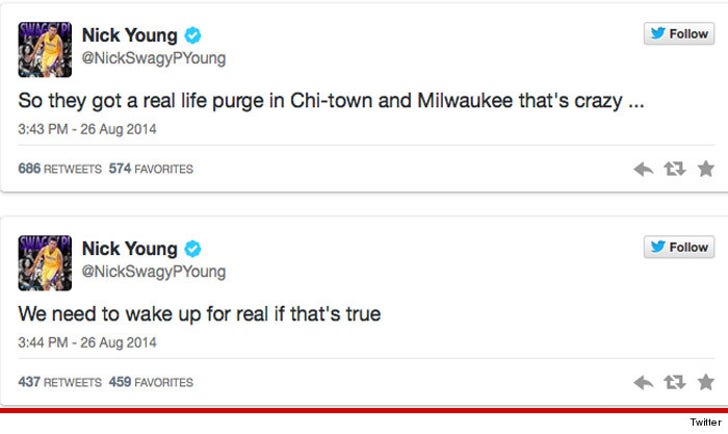 Nick Young You Might Want to Rethink TMZ Sports