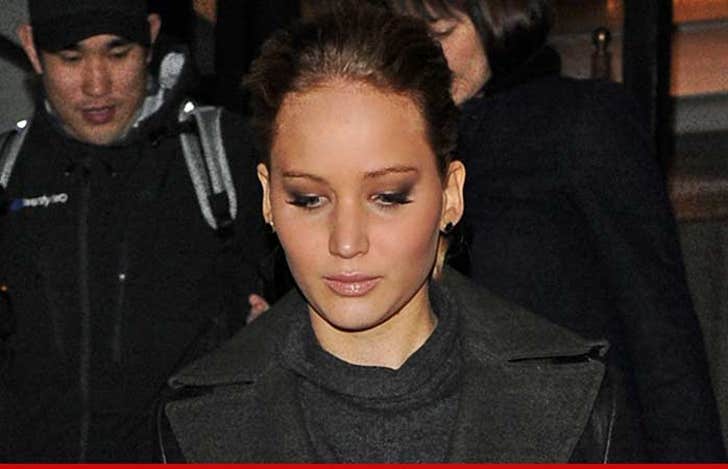 Photos purporting to show a nude Jennifer Lawrence are making their way around on the Internet as part of what appears to be a massive celebrity hacking campaign.

A few of the photos show what appears to be Lawrence in various bathing suits ... but others are fully nude.

Lawrence's spokespeople tell TMZ, "This is a flagrant violation of privacy. The authorities have been contacted and will prosecute anyone who posts the stolen photos of Jennifer Lawrence."

We're reaching out to the reps for the women involved. So far, no word back ...

Update 3:25 PM PT -- Victoria Justice denied the photos going around claiming to be her are authentic, writing on Twitter, "These so called nudes of me are FAKE people. Let me nip this in the bud right now. *pun intended*"

Mary Elizabeth Winstead, also part of the leak, confirmed the photos of her were real, writing, "Knowing those photos were deleted long ago, I can only imagine the creepy effort that went into this. Feeling for everyone who got hacked. To those of you looking at photos I took with my husband years ago in the privacy of our home, hope you feel great about yourselves."

Ariana Grande tweeted late Sunday night, saying the photos claiming to be of her are fake, writing, "hell nah.... praying for the people who believed that was me lmaoo... my petite ass is much cuter than that."

Kate Upton's attorney released a statement saying, "This is obviously an outrageous violation of our client Kate Upton's privacy. We intend to pursue anyone disseminating or duplicating these illegally obtained images to the fullest extent possible."