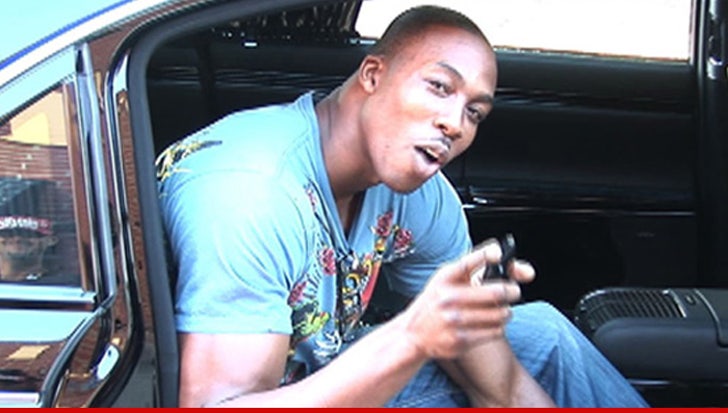 Dwight Howard says he was NOT behind the wheel when his car blew through a red light in Florida back in April ... telling TMZ Sports the culprit was his BROTHER.

We broke the story ... Howard's license was suspended in FL after officials say he ran a red and never paid the fine. Records also show Howard ran 9 MORE reds in 2012.

But Dwight's rep tells us they can explain the April incident -- his BROTHER was driving the car at the time. Dwight was in Houston playing the Spurs.

In fact, records now show the fine has been paid (after our story went up) and his license has been reinstated. Total cost to Dwight -- $345.

We asked about the other 9 violations ... but Dwight's people told us they're not sure who was driving the car back then. A rep for Dwight tells us he bought the car for his brother to use.