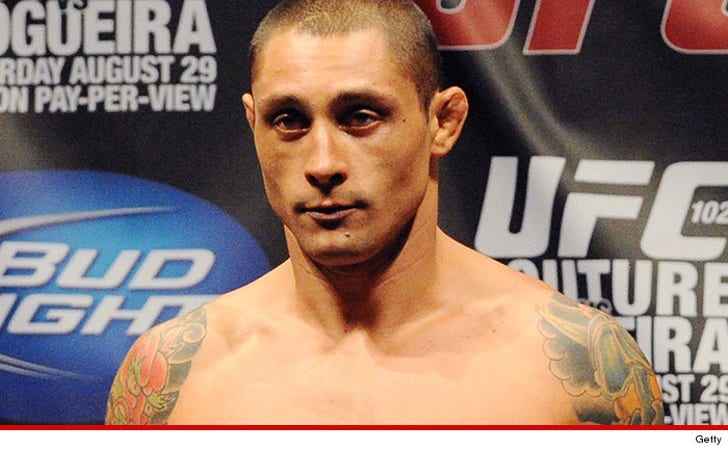 The UFC has fired Thiago Silva ... again ... after footage of the fighter holding a GUN and accusing his wife of hiding a man in the house surfaced online.

The footage was shot by Silva's estranged wife Thaysa in early 2014 ... when Thiago pulled out a pistol and began threatening her because he believed she had another man in their home.

At one point in the video, Thaysa says she's recording so officials would have proof in case he killed her that day.

Of course, Silva was recently let off the hook in Florida -- where he was accused of pulling a gun on Thaysa at a martial arts studio and threatening to kill her in February -- because prosecutors said they didn't have enough evidence to get a conviction.

UFC honcho Dana White had initially banned Silva from fighting in the octogon ever again ... but reinstated him when charges were dropped.

Now, with this new footage coming to light ... White has fired Silva again. We're guessing Thiago has finally run out of of second chances.

Thaysa told a Brazilian media outlet that she has moved on from Thiago -- and is now living in Abu Dhabi with "a real man by my side." 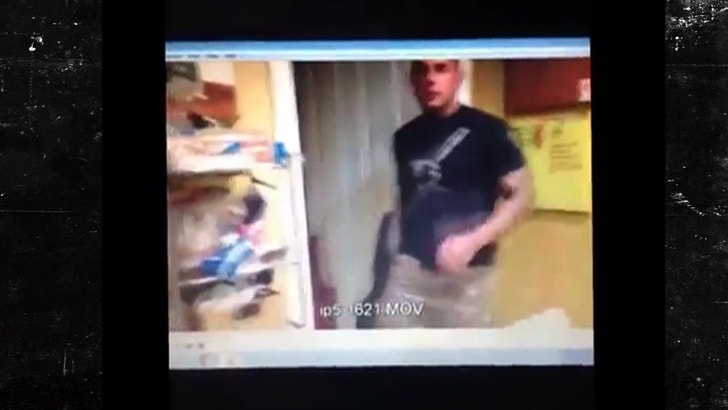