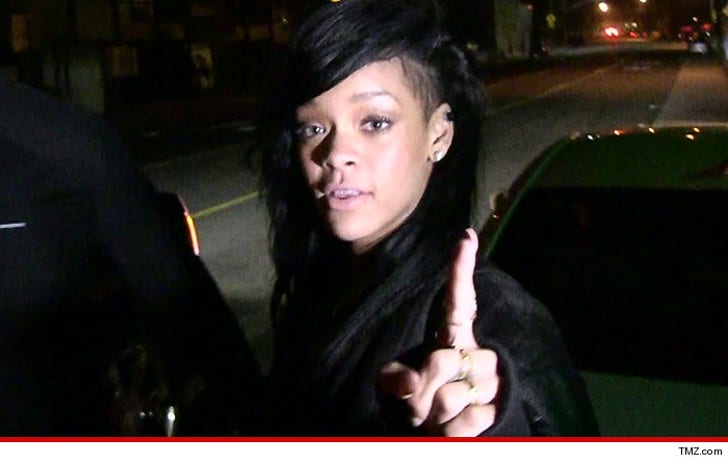 2:00 PM PT -- Meagan responded on Instagram ... ripping people for reposting the pics which she says were intended for her husband. She added, "evidently we all know how I feel about my t**ties."

-- Photos also leaked online showing what appears to be Meagan Good taking a topless selfie. There are also 2 videos that appear to show Abigail Spencer from "Suits" naked.

The celebrity hackers are back ... with a vengeance. The latest victim appears to be Rihanna -- despite the fact that a simple Google search reveals her boobs line the online landscape.

Early Sunday AM two nude pictures that appear to be RiRi were leaked onto 4chan/Reddit ... one with a censored version of her breasts ... the other pic showing bare ass and slight nipple. The uncensored photo was released hours later.

They look like they were taken during some sort of fitting.

As we previously reported ... a second wave of leaks has been going down all weekend -- nude pics of what appears to be Kim Kardashian, Vanessa Hudgens, Kate Bosworth and Hope Solo have all surfaced.

Gabrielle Union is also a victim -- topless pictures of her surfaced -- and she told us her legal team will contact the FBI.

We reached out to Rihanna's rep -- so far, no word back.