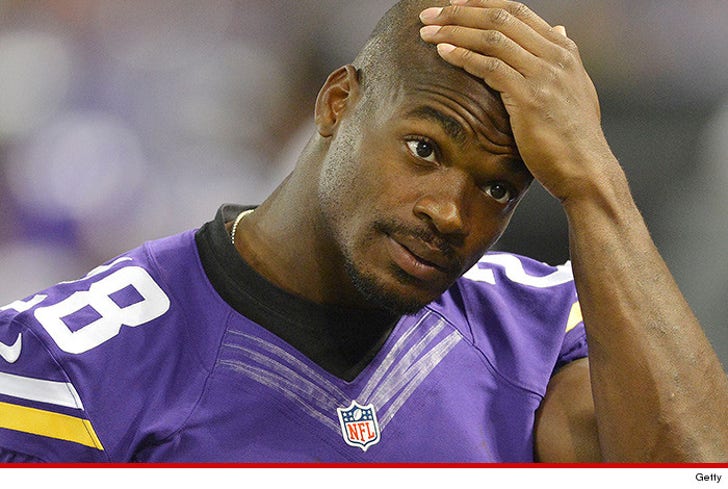 Adrian Peterson says he HATED the way his parents physically disciplined him while he was growing up -- but believed it was effective ... and that's why he treats his kids the same way.

AP opened up about his childhood -- and his disdain for the way he was punished -- during a 2012 interview with Graham Bensinger ... saying:

"I feel like I just have to teach [my kids] the ropes along the way and stay on them and really be disciplined ... not to the point where they’re hating you when they’re older, like my dad did and my mom did growing up," Peterson said.

The NFL star -- who's now facing child abuse charges after beating his 4-year-old son with a tree branch -- went on to explain why even though he "hated" his parents at times, he believes their tough love instilled important values that he wants to pass on to his own children.

In the end, Peterson says he's an A+ father who's raising his kids the right way.