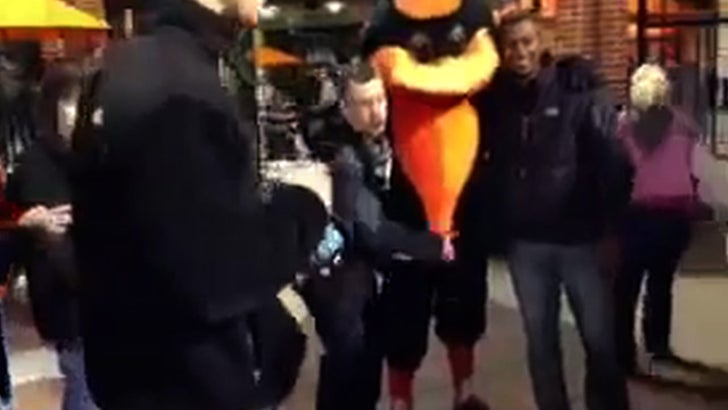 The dude who punched the Baltimore Orioles mascot in the nuts claimed he only did it because "that was on my bucket list" ... this according to the police report obtained by TMZ Sports.

The ball-buster was arrested at Camden Yard back in April '13 -- and when cops spoke with dude in the bird suit, he told police he was simply DUPED by the "fan" who told him he just wanted an innocent pic.

That's when, according to the report, 33-year-old Christopher John Collins reached down with a closed right fist and struck ... saying over and over again, "That was on my bucket list"

The bird struck back -- and swept the guys leg. He was ultimately hauled to a nearby jail where he was booked.