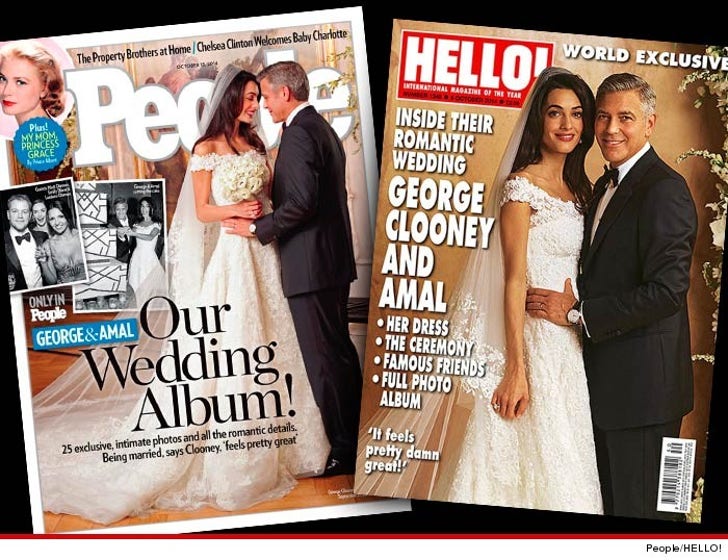 George Clooney put his wedding pics on the auction block and a tabloid was one of the winners ... but the money is ALL going to charities that he fiercely supports ... TMZ has learned.

George's wedding pics have been sold to People and the British tabloid Hello! Sources familiar with the sales tell us it was strictly an issue of which mag anted up the most. People won the North America market and Hello! conquered Europe.

Our sources say ... the money will be going to several human rights charities. We're told the lion's share is earmarked for the Satellite Sentinel Project -- a charity that monitors the movements of militant gangs in the Sudan ... in order to warn civilians. Clooney is a co-founder of the group, which launched in 2010.

As one source connected to Clooney tells TMZ ... "Every photo in both magazines will be saving a life."