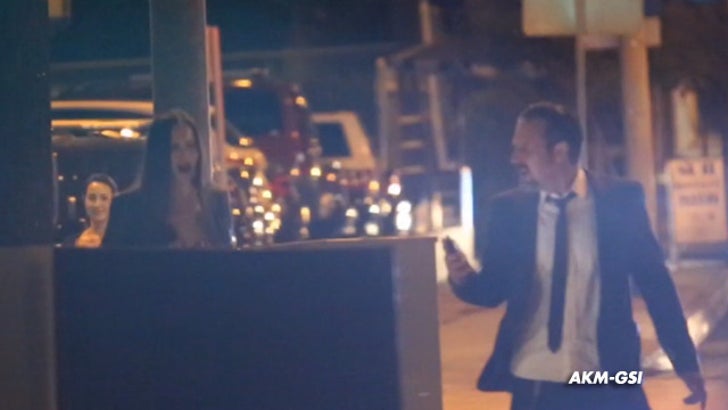 David Arquette thinks he knows what it's like to breastfeed a baby ... and says it explains the nuclear meltdown with his fiancee in the middle of a West Hollywood street.

An angry Arquette was seen stomping away from celeb hotspot Craig's Friday night on foot ... with fiancee Christina McLarty in hot pursuit ... sobbing and begging him to come back.

On the video, Arquette can be heard saying, "I'm done. Just like your last guy." Some people took that to mean he was breaking off his 3-month engagement to McLarty, who gave birth to his son, Charlie, last April.

But David tells TMZ ... it was simply an argument between two exhausted new parents. The couple had a baby boy back in April and Arquette says, "We are both hormonal and haven't slept in 6 months. Christina is still breastfeeding, I feel like I am."

He insists they're still engaged and still in love ... and says he takes full responsibility.