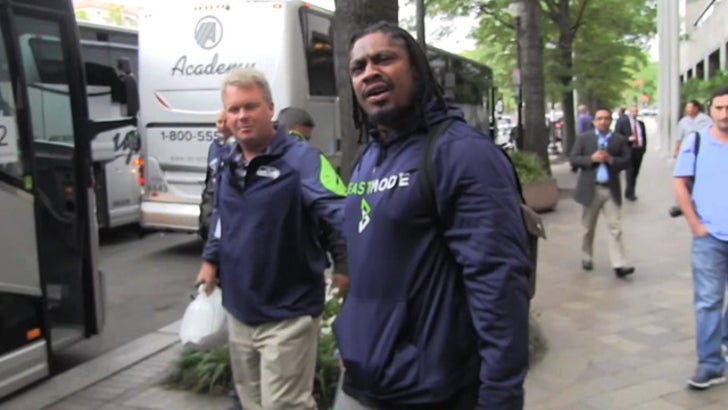 Marshawn Lynch's reported attitude problems haven't been confined to the Seattle Seahawks locker room this season -- he's also been a jerk to fans and media ... and once took a swing at a photog.

One particular incident went down in front of the team hotel in D.C. on October 7th -- the day after the Seahawks beat the Redskins.

After teammates and coaches like Russell Wilson and Pete Carroll had signed autographs and chatted it up with waiting fans on the way to the team bus -- Lynch shut everyone down. No waves, no autographs, nothing.

And it got worse ... when a TMZ Sports photog dared to ask a question about Lynch's Lamborghini ... he snapped on our guy and tried to smack him with his luggage bag.

Lynch eventually got on the bus ... and team officials immediately began apologizing for Marshawn's behavior ... explaining that it's just the way he is.

Two other notes -- the day of the Redskins game ... Marshawn got on the bus by himself 30 minutes before any other teammate boarded. The day after the game, he was the last one on the bus ... again, by himself.

Of course, there are multiple reports that the Seahawks are sick of Marshawn's negative attitude and are looking to get rid of him -- and it's clear, he's just not on the same page as Pete Carroll.

In fact, check out this footage of Pete on October 6th humoring the media ... without incident. 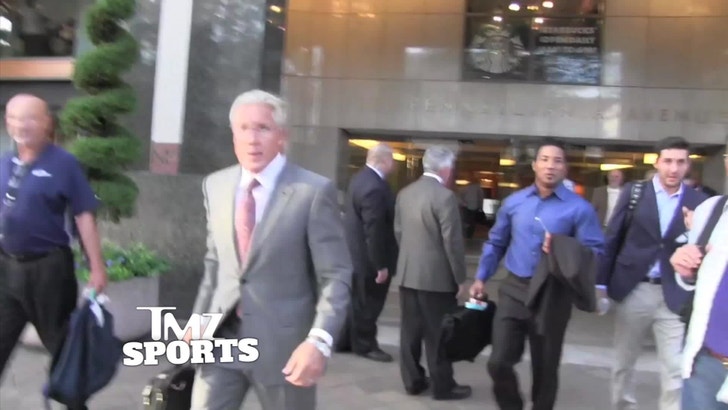