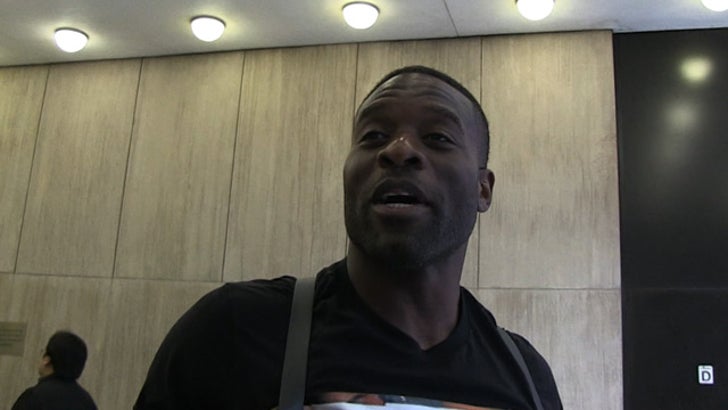 It's got more than 50 diamonds ... yellow AND white gold ... and was designed by Tiffany -- but ex-NFL star Simeon Rice says he's NEVER worn his Super Bowl ring out in public.

Rice was a part of the Tampa Bay Bucs team that smashed the Oakland Raiders in Super Bowl XXXVII back in 2003 -- and got the bling that goes along with the trophy.

But when he was out in NYC yesterday, Rice told us the ring does NOT belong in his wardrobe ... it belongs on his mantle -- and he refuses to wear it out.

Clearly, Simeon doesn't see eye-to-eye on the issue with another famous Rice ... Jerry ...who is often seen rocking his Super Bowl rings out to the nightclubs juts for the hell of it.

Then again, when Jerry rocks his ring out ... he's still got TWO MORE for the mantle. 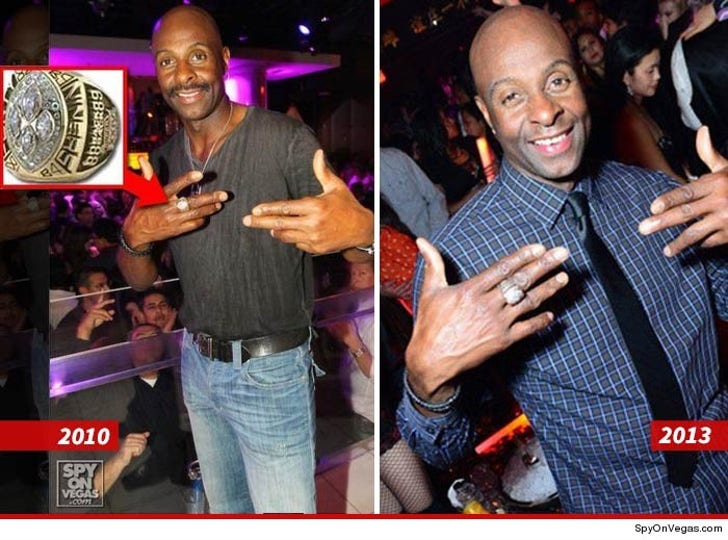