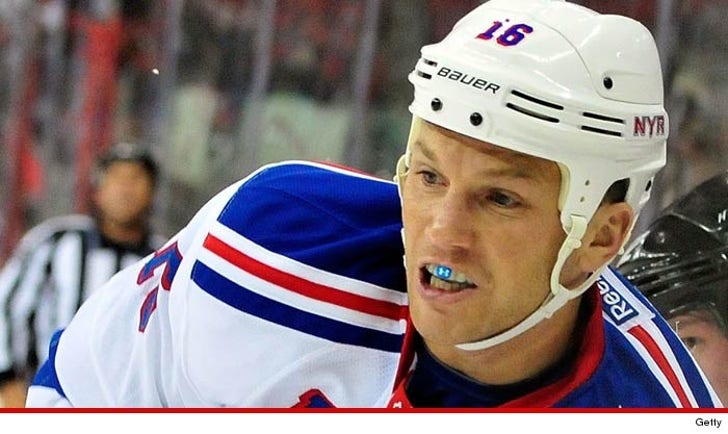 Former NY Rangers superstar Sean Avery has QUIT his off-Broadway play -- just days before his scheduled to debut -- after allegedly cussing out a stage manager.

The 34-year-old was set to star in "Negative Is Positive" in New York City -- a story about an interracial couple -- but according to the author, he freaked out and stormed off.

"It’s a complete horror story ... Avery had a complete meltdown in rehearsals and quit. He pretty much snapped."

According to Smith-Sloman, Avery cussed out a stage manager who asked if he wanted a slice of pizza ... which Avery reportedly misheard as a cuss word ... and responded with an expletive-filled tirade.

The play is scheduled to open on Thursday -- and Smith-Sloman says Avery's role will be played by an understudy.

"It’s unbelievable he would do this two days before we open. At this point I don’t want him to be a part of this production. He can’t call people pieces of [bleep] and say, ‘Do you know who I am?’ [He] can’t threaten people."