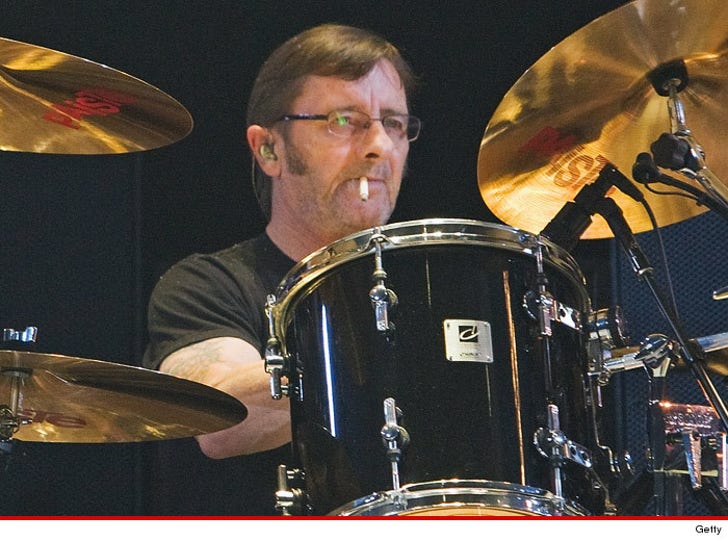 AC/DC drummer Phil Rudd has been cleared of attempting to hire a hitman to kill 2 other people ... according to his attorney.

Rudd's attorney Paul Mabey says he met with prosecutors in New Zealand who decided there was not enough evidence to support the charge of attempting to procure murder.

So, 24 hours later the charge has been withdrawn ... according to Mabey. Rudd still faces drug possession charges for methamphetamine and marijuana -- and a threatening to kill charge.

Mabey is attempting to throw cops under the bus ... claiming they recklessly decided to slap the hitman charge on Rudd without consulting with prosecutors.

The prosecutor, or as they say in NZ ... the Crown Solicitor (very formal) has yet to comment.