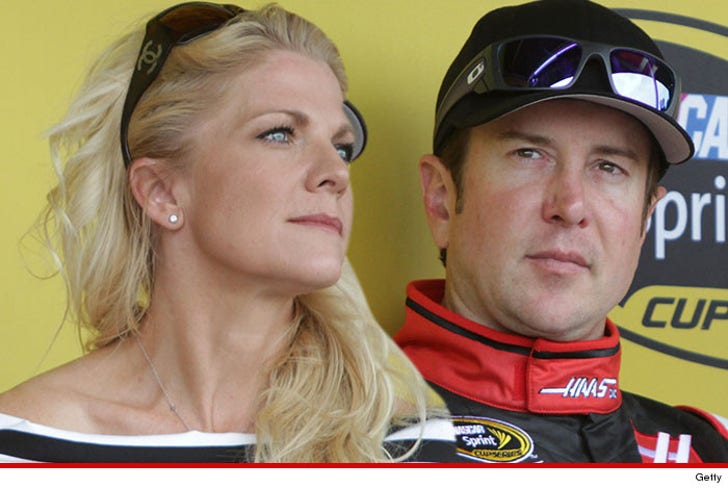 Kurt Busch's ex girlfriend only delayed reporting an alleged domestic assault because she wanted to protect his image ... and desperately wanted him to get professional help for anger issues.

TMZ Sports spoke to a source very close to Patricia Driscoll ... who explained why Driscoll waited six weeks to go to police with allegations the NASCAR driver choked her after a September race in Dover, Delaware.

According to the source ... Driscoll claims Kurt frequently flew off the handle, and she told him she would NOT go to cops if he got anger management counseling. We're also told she knew filing a police report meant the incident would go public ...which she wanted to avoid for his sake.

We've reached out to Busch's legal team ... no word back just yet.