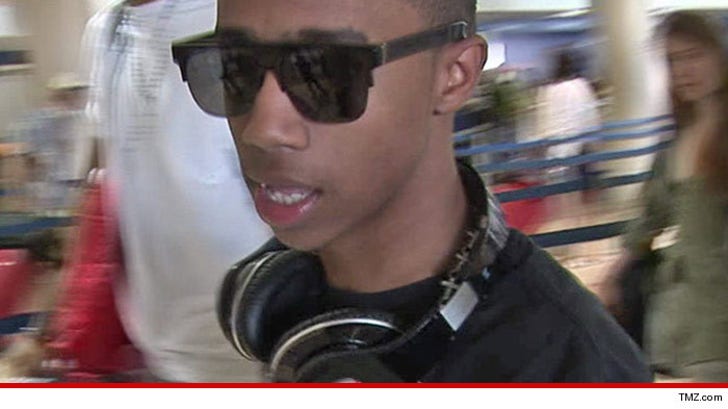 Lil Twist has done it again ... he's now a battery suspect for allegedly beating up Kyle Massey's brother Chris Massey and then pantsing him for bad measure.

Sources familiar with the situation tell TMZ ... Chris, Kyle, Twist and others were hanging at Kyle's apartment across from The Grove in L.A. Friday at around 4:00 PM when an argument broke out.

Twist -- who is back in Justin Bieber's fold -- and some buddies beat up Chris, most famous for his role in Nickelodeon's "Zoey 101."

After pounding him, one source says Twist and his buds doled out some humiliation by pulling Chris' pants off.

Chris went to the hospital to get some treatment and filed a police report. We're told cops will investigate.

Massey's family released a statement saying Chris is doing well ... but plans to "legally pursue this to the full extent of the law."

Twist knows trouble. He's been busted for DUI and drugs.