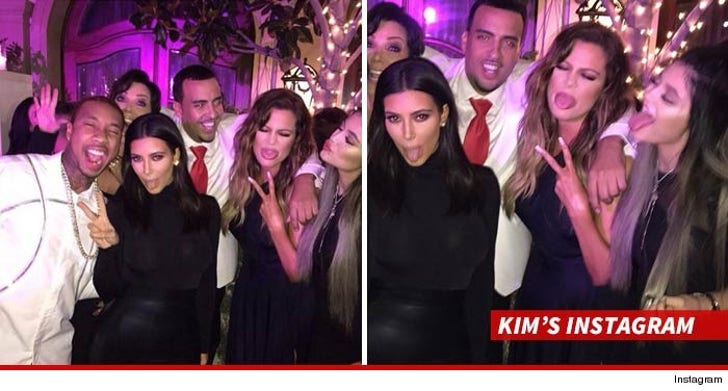 Kim Kardashian does NOT approve of Kylie's relationship with Tyga.

Sources directly connected to Kim tell TMZ ... her issue has nothing to do with her 17-year-old sister dating a 24-year-old. In fact ... we're told Kim says she's in the dark as to whether the relationship is even physical.

But for Kim ... it boils down to allegiance. One of her good friends is Blac Chyna, Tyga's baby mama. We're told Kim feels like both Kylie and Tyga should have been more respectful and realized they were putting her in the middle of an impossible situation.

Kim made her feelings clear with the photo at French Montana's birthday party Sunday ... where she cropped Tyga out of the pic.

Kim is saying her sister in a way is violating "the code" -- you don't date the ex of someone who's close to you or a family member. That said ... Kim makes it clear she loves Kylie and has her back, but she thinks Kylie is making a bad choice.

Thanksgiving will be interesting. 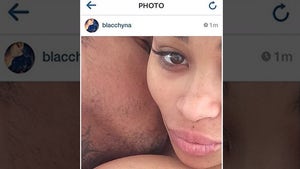