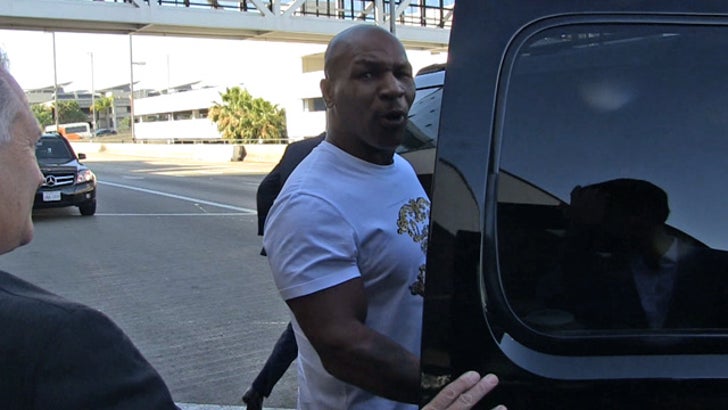 Mike Tyson has some advice for Floyd Mayweather when it comes to spending ridiculous amounts of cash ... HAVE A BALL!!!

Of course, critics have been all over Mayweather for years ... saying he'll end up broke if he continues to drop millions on jets, cars, diamonds, etc after his boxing career is over ... because it's impossible to bring in those MASSIVE $72 million paychecks after he's done fighting.

But Mike -- who famously went broke after making more than $300 million during his boxing career -- wasn't exactly steering Floyd away from spending when we asked him about it at LAX over the weekend.

We also talked to Mike about another boxer -- Adrian Broner -- who's making $10k-a-pop for showing up to parties ... and Tyson gave him the thumbs up too! Check out the clip ...