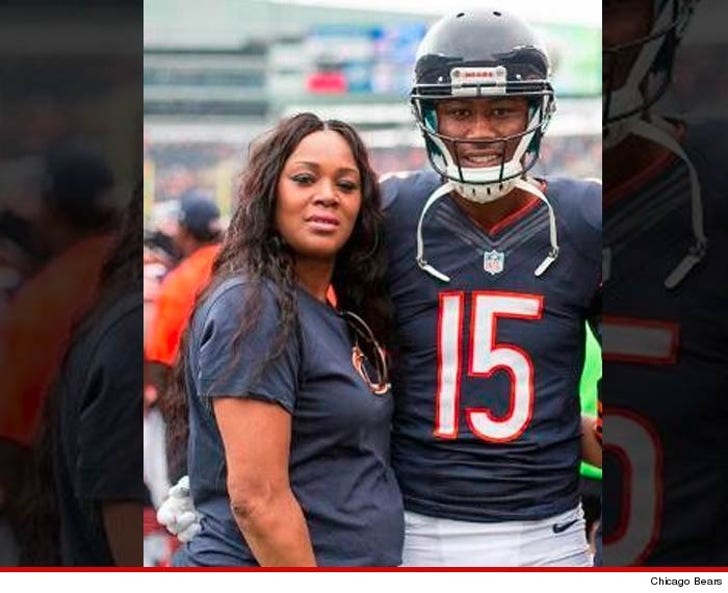 Brandon Marshall's mother says it's "very sweet" that her son is willing to fight a smack-talking Lions fan who dissed her on Twitter -- telling TMZ Sports, "I'm honored."

As you know ... the Chicago Bears star offered $25k to FIGHT a man named Anthony Kalla after Anthony went on a social media tirade this week and called Brandon's mother a w**re.

"I am honored that my son wanted to have a duel on his mother’s behalf," Brandon's mother Diane tells us. "I think this is Brandon’s way of getting the guy’s attention."

Still ... when push comes to shove, Diane says she does NOT believe Brandon was being serious when he made the offer.

"He’s not going into a boxing ring and putting gloves on to fight anytime soon."

As for Brandon's initial challenge to Anthony -- that Kalla would have to work in an orphanage if he lost the fight -- Diane says she still expects the less fortunate to benefit from the situation.

“Brandon has a lot of charities that he already donates to -- and I know he’ll probably end up making that kind of a donation even though there will be no fight."