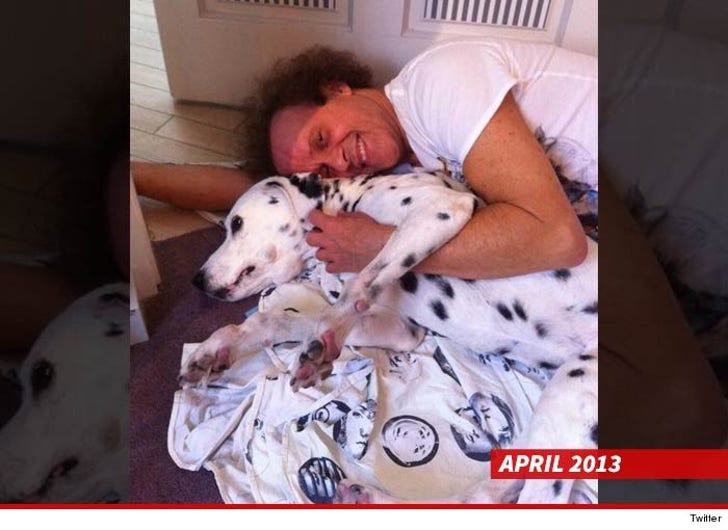 The death of Richard Simmons' dog played an important part in the depression that has turned him into a shut-in ... a dog he considered his child.

TMZ broke the story ... Richard hasn't been seen﻿ in public for almost 11 months ... and the trigger was a looming knee replacement which shut Richard down professionally and socially.

Sources close to Richard tell us his Dalmatian Hattie died within days of his last public sighting back in January. Richard took the dog with him when he was out and about in L.A. and would often brag about her in his exercise classes.

Richard -- who never had kids of his own -- treated Hattie like a child. Richard had several Dalmatians and Hattie was the last survivor.

Richard had a deep bond with the dog, who was 17 when she died ... and it destroyed him.

The knee was the trigger, but the dog was the emotional tug that contributed to Richard's life paralysis.