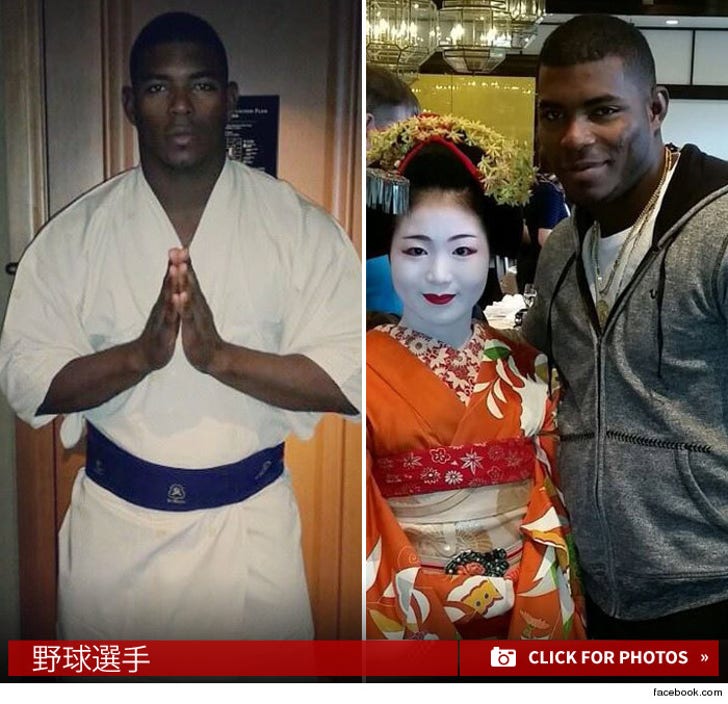 Yasiel Puig has landed in Japan ... and the guy's LOVING IT.

The L.A. Dodgers slugger is part of an MLB All-Star team that's taking on the Japanese national team in a 5-game series ... but when he's not on the field, Puig's been taking in as much culture as he can.

"We visited some temples, that was a very spiritual experience," Puig tells TMZ Sports ... "We took the bullet train from Osaka to Tokyo, very cool."

"I have not been shopping yet, but I will go here in Tokyo."

Puig says he's a HUGE fan of sushi -- and has been scarfing up as much raw fish as he can get his hands on ... saying, "I LOVE IT!"

Puig and his MLB All-Star teammates are reportedly getting $100k each for participating in the series.

Talk about a paid vacation.