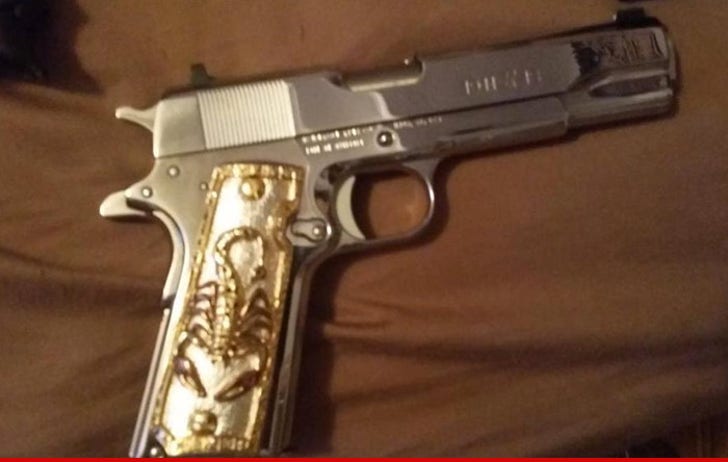 It's clean. It's got gold-plated grips. And it took out Jose Canseco's middle finger.

The former MLB superstar has announced he's selling the handgun that blew off the middle digit on his left hand.

Jose had previously explained that the gun accidentally fired while he was cleaning it earlier this month ... and says the whole thing freaked him out because the bullet almost struck his girlfriend.

Now, Jose says he wants the weapon out of his life for good ... well, as long as the price is right.

Canseco has said he wants to sell the gun on eBay -- but the company doesn't allow people to sell firearms on the website ... so he's gonna have to find another way to unload it.

So far, no word on the asking price.

Oh, and Jose also says he's considering selling the finger he shot off ... claiming it's currently being stored in his freezer.

Canseco says it could be used for "stirring straw for drinks."

Can you say stocking stuffer?!